Consultation and Strategy for old Saint Nick, aka Mr. Claus, aka Santa 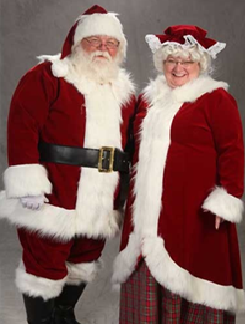 A little background info. The family – well the husband is known worldwide and he’s probably my most famous client. If you saw him there’d be no doubt in your mind who he was. They go by the name of Mr. and Mrs. Nicholas Claus. Now the family dynamics is a bit unusual but there’s husband and wife, no children of their own, their family owned business, some faithful helper-employees, and his pets.

He has worked his entire life building this business empire. He’s truly dominating his industry – he’s in a category of 1. Based on our consultation, he’s the sole owner of his business, but according to Google he had over 90,000 helpers in 2018 and is expected to have 110,000 by this Christmas.

As a fellow small business owner, I’m not sure what kind of systems that Mr. Claus has in place, but Amazon is the only company that comes close to keeping up with his production level. And on the logistics side, they have systems to get all the packages across the world in a relatively short period of time, which is truly unbelievable. I’m pretty sure their delivery is faster than Amazon Prime.

Now Mr. & Mrs. Claus, like many other clients, didn’t have an estate plan. He didn’t do planning. He had some life insurance and a retirement plan. But that’s it. They have all kinds of assets… real estate in the North Pole, real estate in Florida, real estate in California, personal bank accounts, business bank accounts. Cars, sleighs, and snow mobiles.

As if no planning wasn’t bad enough, in September Mr. Claus got COVID-19 so Mrs. Claus has been taking care of him. And none of the helpers know that this may be his last delivery season. To be honest, this health scare is what got the Claus’s thinking about estate planning.

Like all of our consultations, we begin by discussing the Claus’s goals, assets, and what would happen if they passed today.

As we discussed their assets, we learned…

… the Deed to the North Pole is titled in his name only;

… they weren’t sure how the real estate in California nor Florida was titled, and had forgot about a dozen other properties that they purchased over the years;

… the Business Bank accounts are titled in his name only;

… they weren’t sure who owned the business;

… 1 sleigh is in his name and another in Mrs. Claus’s name;

… they weren’t sure how the cars and snow mobiles were titled; and

… they had a couple other bank accounts, but weren’t sure who’s name they were in. 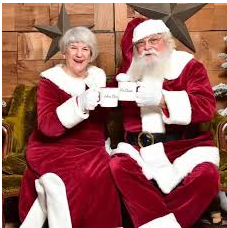 At this point in the meeting, we usually discuss who’s going to inherit – like someone’s children or other family members. But Mr. & Mrs. Claus wanted us to make sure their pets were taken care of. As we continued talking these were a breed of flying reindeer that have worked alongside of Mr. Claus since the beginning of time. So, we began to discuss Pet Trusts to look after their reindeer. Learn more about Pet Trusts.

Since Mr. & Mrs. Claus wanted their business to continue on forever even after they passed, we discussed the different types of Trusts available to them. Learn more about the basics of Trusts. You see his estimated 110,000 helper elves who worked in his shops were totally dependent on Mr. Claus for his survival. So, a trust would be the best tool to provide stability for the helper elves and give Mr. & Mrs. Claus the peace of mind to know that they have homes, jobs, and caretakers for their helpers. 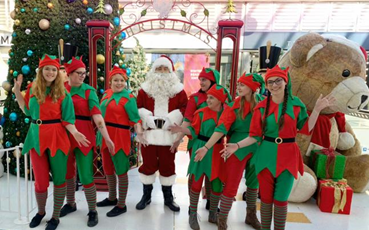 Another important matter for the Claus’s to be concerned with the business itself. If Mr. Claus isn’t there to run the day to day operations, Mrs. Claus doesn’t know what to do. Surely, she can take care of the helper elves, but she doesn’t have any experience in toy making. So, we discussed the importance of putting together succession plan for the business. This is extremely important for a family owned business and it will have the greatest impact on the long-term viability of their family owned business. And I recommended that Mr. Claus select some key elves to join the management team. Again, this is critical for any family owned business because it can keep the business going in the event of disability or other injury to Mr. Claus.

Last, but not least, we discussed the Long-Term care plan for Mr. & Mrs. Claus. They were familiar with Healthcare and Durable (Financial) Power of Attorneys, but they didn’t have a long-term care plan. They never took the time to discuss:

Now at the end of our consultation, I explained to the Claus’s that there’s a lot to do in a relatively short period of time, but that my team and I can handle their planning needs. Don’t wait until start designing your future today. There are many things that you can do now to avoid a headache for your family. Download our Free Book Titled – Estate Planning Secrets – what some lawyer’s don’t want you to know to get started.