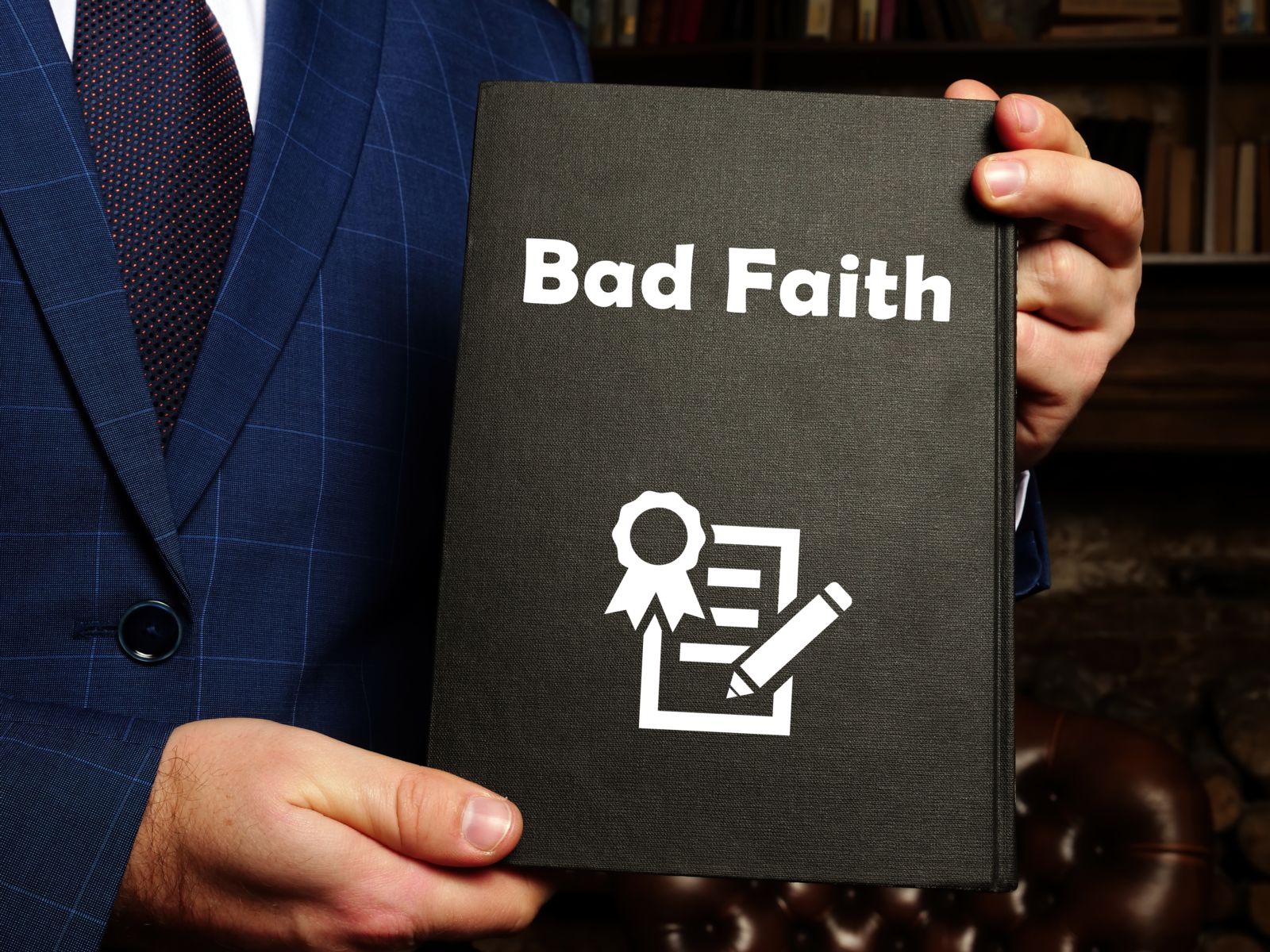 So, what is Insurance Bad Faith Litigation?

Well, in some situations, insurance bad faith litigation occurs when the insurance company denies a claim for coverage without reasonable justifications. Let’s look at this example – Gary owns a bar and restaurant that gets burned down. Gary makes an insurance claim with his carrier to recover compensation for his loss. The insurance carrier denies the claim. This kind of feels like “bad faith”, especially if the refusal to pay is not predicated upon a reasonable justification.

Now, what is important to know is that the burden of proof is on the insured. So that means the insured must provide evidence to demonstrate that an insurer failed to exercise good faith in the processing of a claim of its insured. Basically, you have to prove that the insurance company did not have a reasonable justification in denying the claim.

Insurance carriers often use this tactic so that they can wear you down and minimize their exposure. Bifurcating the case means there will be two trials. The first trial, the jury will determine if the contract was breached and how much compensation you should receive. They get to keep out, from the jury, the act that they refused to pay, even though they agreed to pay.

The other important thing to know is that under Revised Code Section 2315.21(D), the award for bad faith is capped at two times the compensatory (or breach of contract) damages.

If you suspect that your insurer is being unfair or dishonest with you (for example, about the facts of your claim, the value of your claim, or the coverage under your policy), you’ll want to make sure you have the right legal team on your side. This is not something you want to try on your own. By working with our team, you can get the legal advice and guidance you need to determine if you have a case and figure out how to proceed. We will let you know whether your rights have been violated and what to do about it.