If My Neighbors Use a Piece of My Property for Years, Does it Become Theirs? 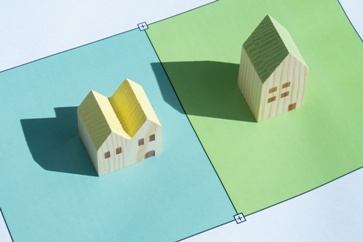 Is possession really nine-tenths of the law in Ohio? That depends. When you’re talking about real estate, the answer is yes—sometimes. Under the legal concept known as adverse possession, land can legally pass from the rightful owner to the trespasser under certain very specific conditions. While many people think of squatters’ rights when we discuss adverse possession, the large majority of adverse possession cases in Ohio actually involve property line disputes.

Squatting May Not Mean What You Think it Does

You might have heard stories of “squatters” moving into abandoned houses or empty vacation homes. In extreme cases, owners have had to forcibly remove these squatters from their property. In some states, squatters have even managed to take over ownership of the house. However, it is very unlikely that this could happen in Ohio because of what is required to prove adverse possession. Where adverse possession usually comes into play here is when there is a dispute between neighbors over where the property boundaries are. If someone has been using or caring for a piece of land for at least 21 years that actually belongs to their neighbor, they might have a legal claim to it.

What Is Required to Prove Adverse Possession in Ohio?

In addition to using the land for at least 21 years, the trespasser—as they are legally known—will have to meet several other burdens to prove that the land is actually theirs. Their possession of the land has to be:

That is a lot of legal jargon. Let’s look at an example. John and Dan are neighbors. In 1998, John built a greenhouse on what he believed to be the edge of his property. Dan knew John was building the greenhouse but did not stop him, nor did he give John permission to build it where it was. John used his greenhouse every year for over 21 years. In 2020, Dan listed his house for sale. A mortgage survey revealed that the greenhouse was built on what was, in fact, Dan’s property. At that point, Dan asked John to remove the greenhouse so that he could clear the title to sell his house. However, John has a strong case for adverse possession and decides to assert his rights. In this situation, John is likely to win because he has met all of the requirements for adverse possession.

Do You Have a Property Line Dispute? Contact Our Ohio Legal Team Today.

Whether you are like John and believe you have an adverse possession claim, or you are like Dan and want to reclaim land that is rightfully yours, the real estate litigation team at Littlejohn Law can help you. Our first move would be to hire a skilled surveyor to determine the boundary lines, and we will then get to work arguing our side. These are complicated claims. Whether you are disputing two feet or ten yards of property, it can make a big difference when you are building, landscaping, or selling your property. Contact my team to discuss your options today.